This little town has a spirit the just explodes during Carnaval..
The whole month is filled with events. Music, town hall meetings to vote in the new Queen, Dances in the town square, and of course the major event the Parade for Carnaval.. on Sunday.

Each town around here seems to pick a different day to have their main event. I noticed that Cuenca had theirs on Saturday. Being such a small town, ours is a very major deal ,as Sunday is the major market day, and add to that the influx of visitors just for the Parade.


Randy, our friend Nancy and I decided to hedge out bets that the parade would not start on time (5 yrs and we know the routine now) so we arrived in town at 11 and the parade had just begun.

We were armed with our "espuma", or as the vendors were yelling .. "Carioca"... I do not know what it means actually, but it loosely means.. foam here in Paute.

The vendors were outfitted with cans of foam, water guns, and corn starch, as well as raw quail eggs. The eggs are a new one for me.. I did not see them being sold last year, but the kids really liked them and I noticed quite a few with a mess of eggs and corn starch in their hair. From the photos that were posted of other celebrations, it looks like some towns have added confetti.... oh yeah, now that makes a mess!

Here are some photos that our local Municipality has been posting from around town. I thought you might enjoy the views.


Our month ended with some scary times for Frankie. He became ill and the local vet here kept him and had him under IV medications. It has been a long week but he seems to be doing better, and we are hopeful that the current heart medication will strengthen his heart enough that he can have dental surgery to get rid of the rotten teeth that are pumping poison into his system. 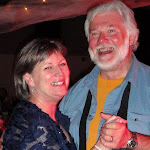